Happening across fragments of bird egg shells on your outdoor escapades can be exciting. But even better when you’ve got the inside intel on which birds they came from so you can get a picture of what’s been hatching nearby. Here for you then is an ID guide to help you identify some of the most common egg shells you’re likely to come across when you’re out and about in the woods or countryside. 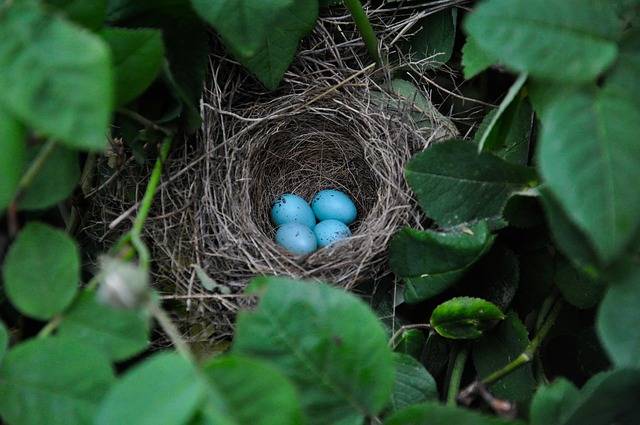 What colour are birds' egg shells?

Most bird egg shells are white, as they’re formed of calcium carbonate. But you’ll often see other colours and patterns.

Tree and shrub nesting birds for example tend to lay blue or green eggs, which can be spotted or plain.

Hole nesting birds' eggs are mostly white or pale blue. This is so that the parents can locate them with ease and avoid breaking them. There’s less of a need for camouflage as the eggs are well hidden within the nest.

Ground nesting birds on the other hand do rely on camouflage, so they will usually lay brown or speckled eggs.

Now let’s take a look at some of the most common birds’ eggs and how to identify them.

Blackbirds can have two to three broods per year and start laying from early spring to mid-summer. Eggs are blue-green with brown speckles and are laid in clutches of three to five. Each egg measures around 2.9 x 2.1cm. 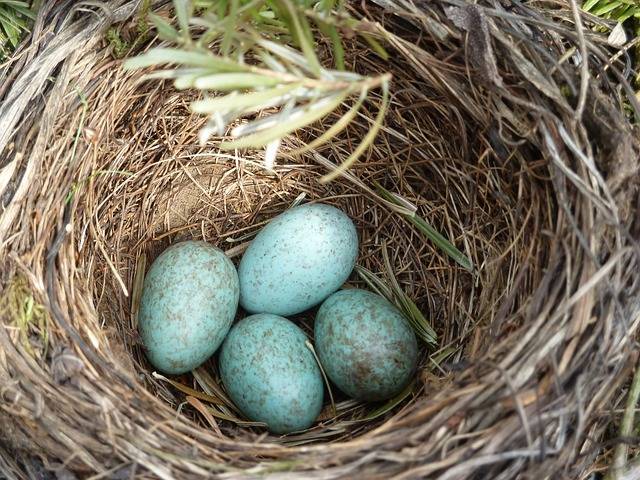 The song thrush, a close relative of the blackbird, starts nest building in early spring, making use of moss, grass and twigs. They will have two to three broods per year, laying light blue eggs with black markings in clutches of three to five. The eggs measure around 2.7 x 2cm. 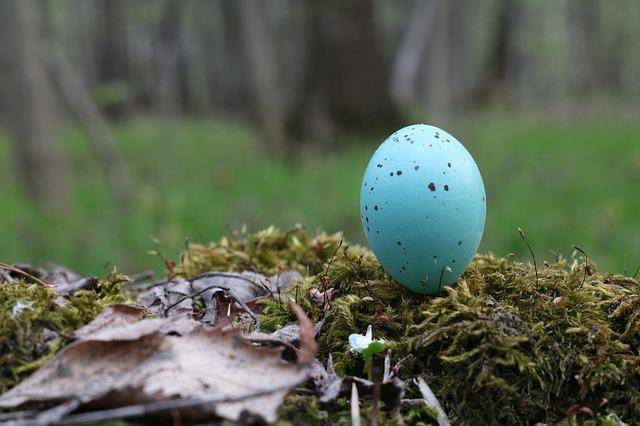 Blue tits lay their eggs in April or May, usually in nests made from moss, grass and feathers. The eggs are light cream in colour with brown speckles, and measure around 1.6 x 1.2cm. Clutches number eight to ten. 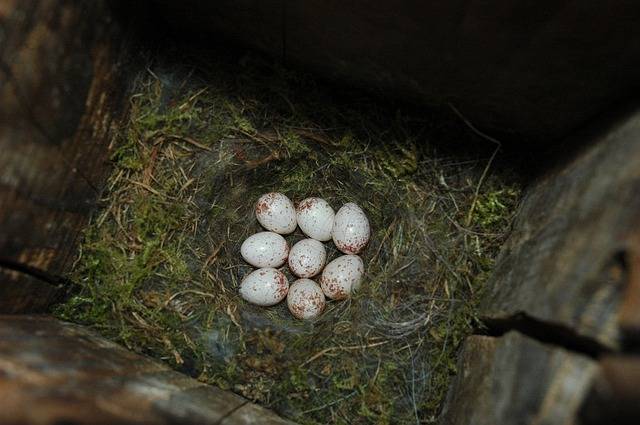 Like its blue cousin, the great tit builds its nest from moss and feathers, ahead of laying its eggs in early spring in clutches of seven to nine. The eggs measure around 1.8 x 1.4cm. 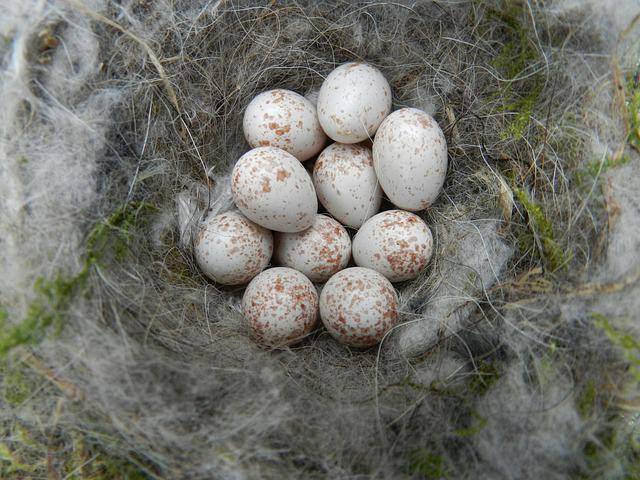 Otherwise known as the hedge sparrow, the dunnock lays its eggs in a nest made of leaves, grass and roots. This bird can have multiple broods every year, with the eggs plain light blue, measuring around 1.9 x 1.5cm and laid in clutches of four to five. 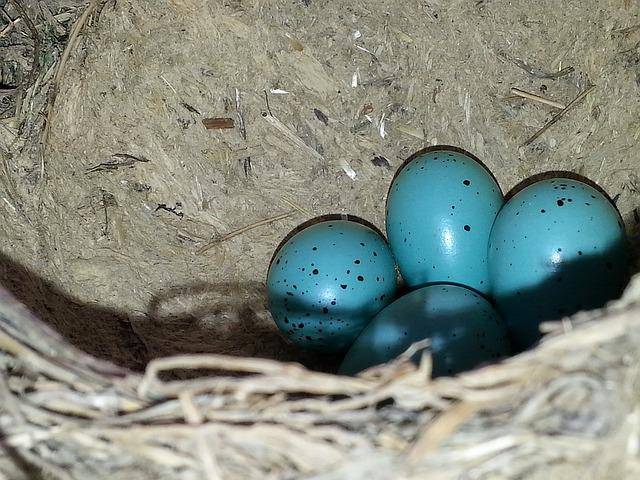 The house sparrow builds its nest from grass and straw ahead of laying its eggs in May in clutches of four to five. They’ll often have several broods each year. The eggs are white to light grey in colour with grey-brown markings, and measure around 2.2 x 1.6cm. 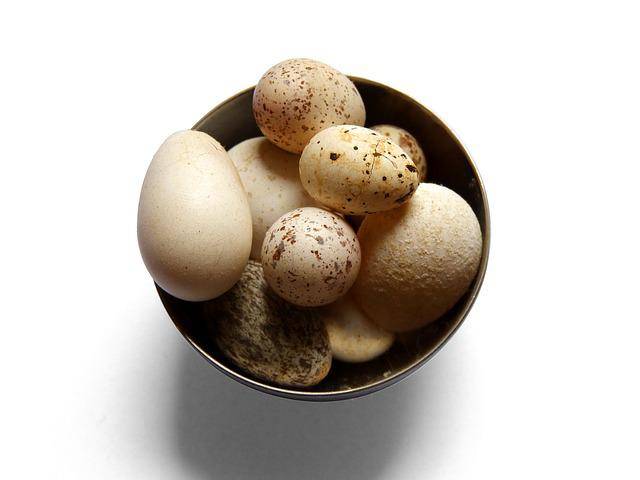 The much loved robin starts to lay its eggs around April, and can have two broods per year. The eggs, laid in clutches of four to five, are white to cream in colour with light brown speckles and measure around 2 x 1.5cm. 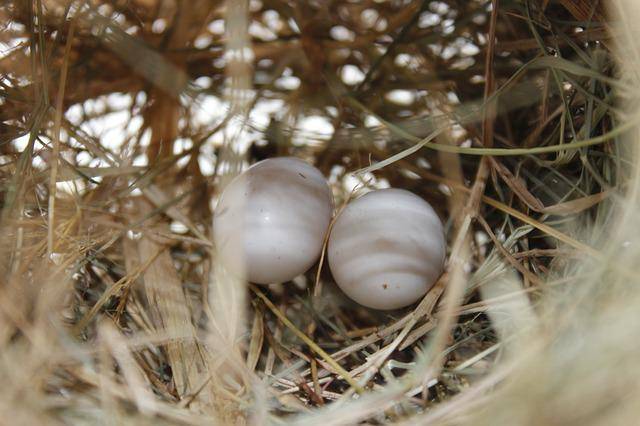 One of the UK’s smallest birds, the wren starts laying its eggs in April and will have two broods a year. The eggs, laid in clutches of five to six, are white to light brown with brown markings, and measure around 1.6 x 1.3cm. 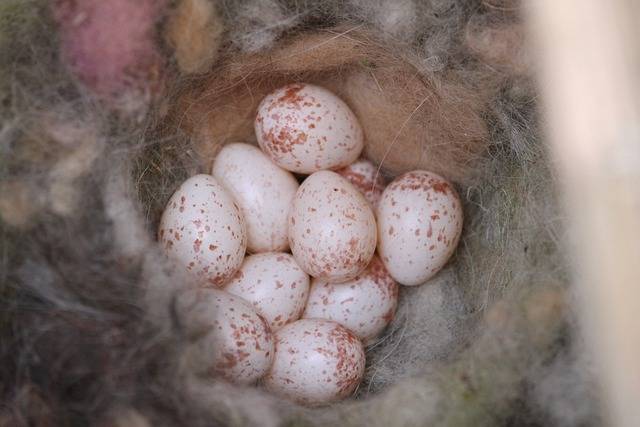 A spot of friendly advice

As we’re all wildlife lovers here, it’s good to know the law.

It’s absolutely vital not to disturb nesting birds, and the Protection of Birds Act 1954 makes it a criminal offence to take the eggs of wild birds from their nests. It’s also illegal to possess or control wild birds’ eggs taken from nests under the Wildlife and Countryside Act 1981. If you spot anything untoward on your travels, please do take the time to report it.